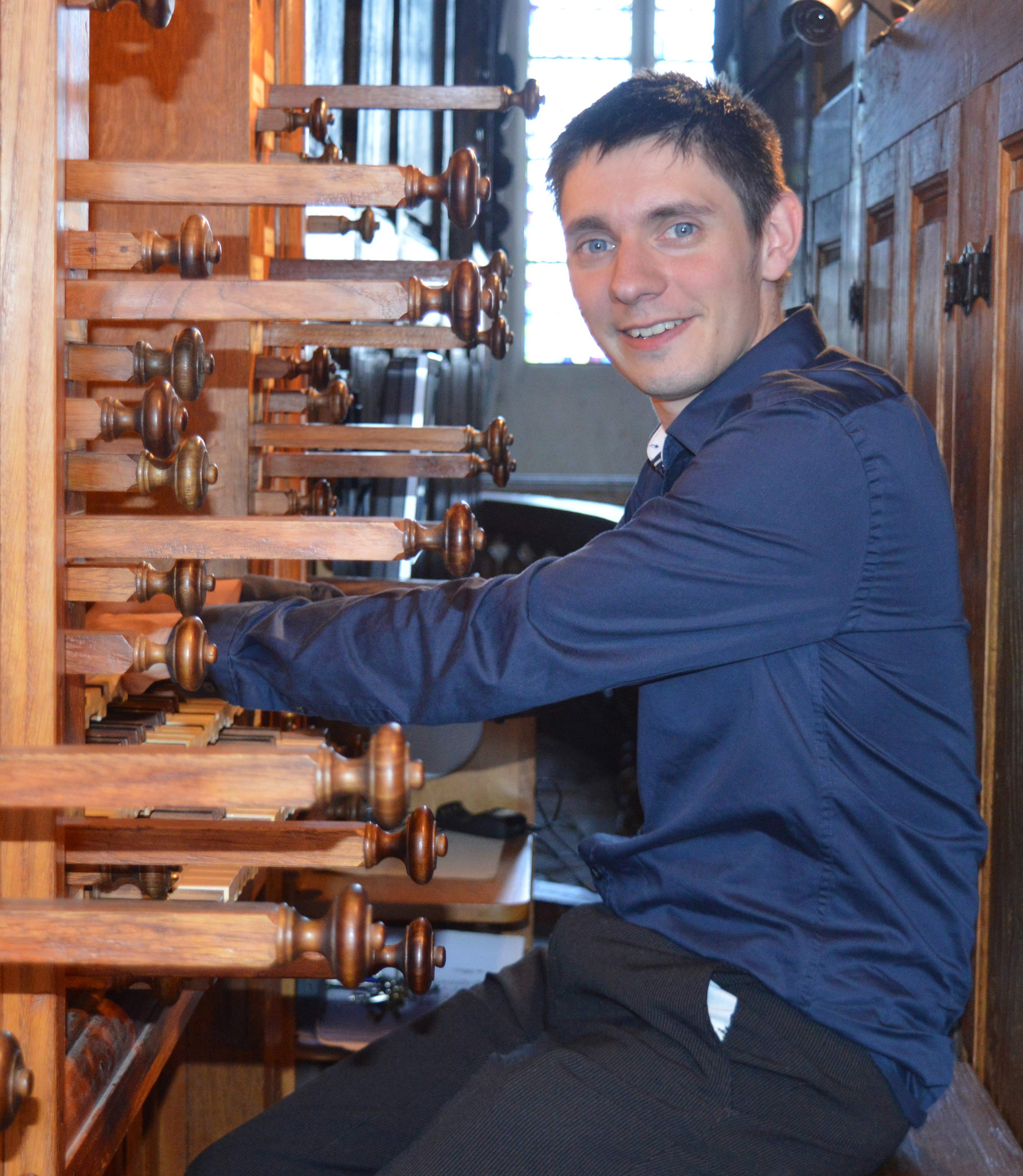 Frédéric Deschamps was born in 1985 in La Rochelle (France). At 15 years old, he was noticed by the famous organist Francis Chapelet, international concertist specializing in European baroque music, who encouraged him to work the repertoire from the 16th to the 18th century. They will give many concerts together until 2013, the year he was appointed titular organist at Sainte-Cécile Cathedral in Albi (France).
Frédéric Deschamps has been pursuing his concert career alone and has given nearly two hundred recitals around the world (France, Germany, Italy, Spain, Canada, Switzerland, United States, Monaco, Sicily) during which he was able share with the public a repertoire covering more than five centuries of music. A recognized and appreciated improviser, he is regularly invited to accompany silent films on the organ.

Among the places where it occurred, we can cite some prestigious places like the Notre-Dame cathedral in Paris, the Abbey of the Chaise-Dieu, the cathedral of Monaco or the Sainte-Marie church in Lübeck in Germany .

His discography now includes eleven discs which highlight different instruments and repertoires. Several projects are currently in production and will soon enrich its collection.
Frédéric Deschamps is the titular organist of the great historic organs Christophe Moucherel (1736) of the Sainte-Cécile cathedral (one of the largest baroque organs in Europe) and also of the great symphonic organ Maurice Puget (1930) of the Saint collegiate church -Salvi to Albi.